What is wildlife conservation education and why you should care

By: Susan Hiscock
In: Guide
With: 0 Comments Nature is pleasant and beautiful in its entire capacity. Every living organism has a place in nature and requires conducive atmosphere for their survival. Wildlife is a diversity name that includes different sorts of animals, different plant species, various ecosystems among other many living things.

Education on the conservation of these living creatures -either brought to life by the almighty creator or through the innovative thinking and actions of human beings is very crucial and should be emphasized. It helps and inspires people to respect nature and what exists in it as well as to value the presence of other living things.

Through the education, human beings understand the need to co-exist well with all wildlife because each organism plays a vital role that in one way or the other help each other. There are various ways in which wildlife conservation education can be steered to reach the public. Conservation is a very useful management tool that saves lives of many organisms.

There are many organizations out there which empower people to own and respect the wildlife sector. However, the biggest challenge facing the wildlife is the perception people have towards it -human beings think they are more superior to any other creatures on earth.

This makes other creature more vulnerable to human attacks and effects from their daily activities. There other challenges that wildlife sector faces such as increase in population that clears their habitats for shelter and farming, over dependency on nature to supply essential goods and services, poaching and illegal logging to obtain valuable products from the wildlife among others.

The reason why people should care for the wildlife is because no organism that can play the part played by another organism perfectly if that organism is not there.

In other words, no organism/ species that can PERFECTLY replace another one and serve all its functions exclusively. What many can do is to offer alternative or a substitute and not to COMPLETELY REPLACE.

This therefore accords every organism a chance to live on earth so as to play its part and make life complete. There are very many endangered species which exist today on earth because of conservation measures taken by some people in the past.

If these conservation measures were not taken, those species would have disappeared long time ago and no where to been seen. It is those conserved organisms that are enjoyed in the current world by tourists as they visit various tourist attraction places in the world.

According to studies, failure to conserve wildlife can increase the chances of Nature-Deficit Disorder in children. This condition affects children on the grounds that, those who lack proper induction and/ or lack exposure to the wildlife and nature have difficulties in their skill development.

They also suffer due to failure to achieve their goals and targets in due time as compared to those who are well exposed to nature. This is a clear indication that nature/ wildlife plays a vital role in the development of children (human being and other organism) and therefore should be accorded due respect and conserved. 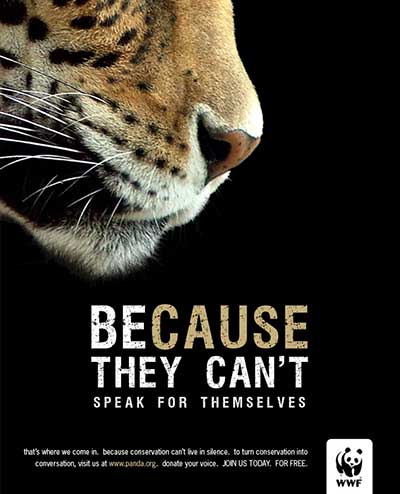